In most countries, drinking alcohol is a legal and socially acceptable way of enjoying yourself. Alcohol has been used recreationally for almost 10,000 years. It could be seen as the very first ‘legal high’.

In the UK, alcoholic drinks seem to be everywhere: In supermarkets, corner shops, off licenses, cafés, restaurants, and even in some service stations. Most people drink alcohol sensibly and are not physically or mentally affected by it in any considerable way. It gives them a feeling of warmth and comfort, takes away inhibitions and makes them feel relaxed.

However, even though society accepts and even encourages the drinking of alcohol, it is in fact an addictive psychoactive drug. But while recreational psychoactive drugs are illegal and seen as ‘bad’, addictive, ‘dirty’ and unhealthy, alcohol is promoted as a normal way to relax, and something that creates happiness, togetherness and conviviality.

Alcohol causes many health problems and even death. Research shows that as little as one alcoholic drink each day increases the risk of 23 illnesses and conditions within a year. These include cancer, liver cirrhosis, strokes skin problems, kidney damage and pancreatitis.

An extensive study conducted by Sheffield University published in 2018 showed that Worldwide, between 1990 and 2016 alcohol was the leading risk factor in the death of 15-49 year olds and that almost 4% of deaths in women and more than 12% of deaths in men are attributable to alcohol use.

Aside from the health issues, drinking too much can cause other problems. It affects our reasoning and cognitive ability, so we make bad decisions, get into arguments and cause harm to ourselves and others. It can harm relationships and cause domestic violence. Alcohol is a depressant, so in the long-term it fuels depression and low self-esteem. It can lead to unemployment, poverty, loss of family, divorce and homelessness.

How much is too much alcohol?

For ‘low risk’ alcohol intake, NHS guidelines state that we shouldn’t drink more than 14 units of alcohol per week, and these should be evenly spread out over 3 or more days, with one or two days alcohol free. NHS information.

What is a unit of alcohol?

This means that the maximum recommended weekly intake of alcohol is approximately 6 pints of beer/lager or 1½ bottles of wine (7 x 175ml glasses).

Do I have a drink problem?

Alcohol becomes problematic when drunk in large quantities (binge drinking), or when the recommended amount is regularly exceeded and cannot be easily regulated.

Are you using alcohol to escape from uncomfortable feelings? Do you find that alcohol is the only way that you can relax at the end of the day? Is it difficult for you to sleep unless you have had a drink? Have you tried to stop drinking and found that you are not able to for any considerable length of time? Do you regularly ring in sick after a night out drinking? Click here for the Drinkaware self-assessment quiz.

If you are concerned that you may have a drink problem, I can help you. please get in touch….

“I drink too much, but I’m not an alcoholic”

Most people have an image of alcoholics drinking on park benches, maybe homeless or in dirty old clothes. Or people who wake up shaking and must have a drink to cure their shakes. People often wonder why anyone would carry on drinking when things have got that bad.

However, the vast majority of alcoholics don’t fit this description. Alcohol dependency does not necessarily mean drinking every day, or having the shakes in the morning. Being alcohol dependent is about how and why the alcohol is used. The alcoholic may not acknowledge it, but they drink in a different way to normal drinkers. Alcoholics drink for the effect, it helps them to feel ok about themselves and it helps them to face life. One example would be someone with social anxiety, who may use alcohol secretly before going out, just to take the edge off their anxiety.

Once addicted to alcohol, it becomes more and more difficult to manage life, as having the next drink gradually takes over. It can become more important than anything else, and once this stage is reached, it can seem as if it’s impossible to stop. Sometimes people try to cut down, but it soon comes back just as badly, if not worse than it was before. If you are an alcoholic, then the truth is that you will probably only want to stop drinking IF the next thing you are about to lose is even more important to you than alcohol.

The definition of insanity is said to be “doing the same thing over and over again and expecting different results.” Problem drinking is an example of this. People may say to themselves, or to their partner after a bad night that they won’t do it again (or they will not drink that much again, or they won’t use drugs again – the list is endless). But then a week or month later they have done the same thing again, with even worse consequences. Yet even this won’t stop them convincing themselves or others that it won’t happen again.

Only you can decide whether you are an alcoholic, but these questions from Alcoholics Anonymous may give you some idea. 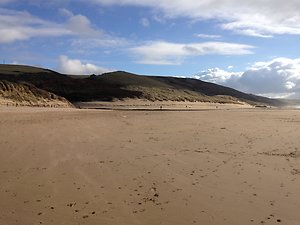 How can alcohol counselling help?

You may have decided you want to try cutting down your drinking. If you have a good enough reason to do so – such as a health scare – you may be able to cut down or even stop on your own and I can help you with that. Contact me.

IMPORTANT.
It can be dangerous to stop drinking suddenly, because an alcoholic’s body may go into shock. Withdrawal fits can be fatal. If you think you are an alcoholic and you shake in the mornings until you have had a drink it is best to seek medical advice and detox under supervision.

If you have tried to control your drinking a number of times, but found that you could not control it for any considerable period of time, then you may decide you want to try stop drinking altogether. I have worked with alcoholics and addicts for the past 6 years in hostels, rehabs and in private practice and will give you informed, honest advice and information.

My training as a counsellor and my own personal experience helps me relate to your problems on a different level from most counsellors/therapists. If you are using alcohol or drugs excessively, then we will explore the reasons behind it and help you to deal with the world and all of your anxieties in a different way.

You could be escaping from past trauma or from current anxiety or depression. Alcohol can help us to escape from a range of emotions that we find uncomfortable and prefer not to face on our own. I will help you to explore the reasons why you might be drinking too much.

At the same time I will help you to build a support network. That could be through Alcoholics Anonymous, Cascade Recovery, SMART Recovery or online groups such as Soberistas.

To find out more, get in touch with me. 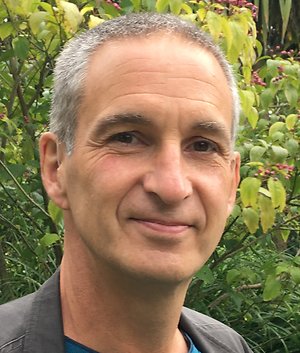 I am an alcoholic/addict in recovery. I have been sober since 2012.

I drank primarily because I liked the effect of the alcohol – it took away feelings inside me that I did not like, so for many decades I carried on. I saw alcohol as my friend and I didn’t want to stop drinking. I did however want all the consequences to stop!

With the help of a specialist drug and alcohol counsellor, I was able to explore the reasons why I had become addicted to alcohol and with his help and the ongoing support of friends in recovery, my life has steadily improved beyond recognition. I am able to deal with life situations that I used to run away from. I now choose not to drink, because – far from being boring – my life is fuller and more exciting without it. Alcohol took me to some dark places. So for me, as long as I don’t pick up the first drink then I can’t get drunk. I believe that is the only way I can be certain that I am in control of my alcohol. I would rather not drink than face the possible consequences of getting drunk again. Life is too good without it, so why would I risk it?

Of course this is just my story and what worked for me. You will have your own experiences, views and motivations. I look forward to meeting you and exploring the best way for you to prevent alcohol from controlling your life. Take the first step and Contact me. 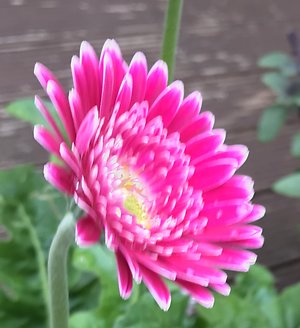